Every Condominium Association should consider developing a Strategic Plan. 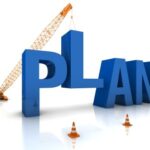 Need for a Strategic Plan

Since Jupiter Bay began in 1982, its board members and property managers have been making decisions on a day-to-day basis addressing the needs and concerns of the community as they became known. Rarely were these decisions considered within an overall framework or strategy that assures consistency while targeting an overall preferred future state.

Consequently, in May 2016 the Board of Directors of the Jupiter Bay Condominium Association decided that it was time to determine the type of future community that our diverse constituency would prefer, which should provide an improved and more enjoyable lifestyle for the majority of its homeowners.

We began with the knowledge of the type of community envisioned by the builders of Jupiter Bay and the current state that it has morphed into. We considered the fact the Jupiter Bay satisfies three diverse requirements of its members – primary residence, second (vacation) home, and rental investment opportunity, and that the needs of each of these groups is considerably different.

To address the Association’s need to define a desired future state and overall roadmap to get there, the Board of Directors appointed an Advisory Committee to assist the Board in establishing Strategic and Tactical plans for the Association. These plans were to define the long-range and intermediate-range respectively direction for Jupiter Bay. They are important in enabling the Association and Board to most effectively meet their responsibilities to the owners of Jupiter Bay. It is anticipated that these plans would:

Jupiter Bay began its strategic planning process on May 6th, 2016, with the Board’s development of a Mission, Vision and set of Core Values. These plan components (shown in the adjacent column) comprise the core of its strategic plan. They guide the development of long-term (strategic) and short-term (tactical) Plans that set the future (1 to 3 year) direction for the Jupiter Bay Condominium Association.

The Committee began meeting on May 19, 2016, and their final meeting was on September 8th. There was a total of 12 meetings, a minimum of 18 hours of meeting time, and many hours of individual time doing "homework".

The Committee’s work resulted in a draft Strategic Plan, which was presented to the Board for approval and later reviewed with homeowners at a 1/10/17 Board Meeting.