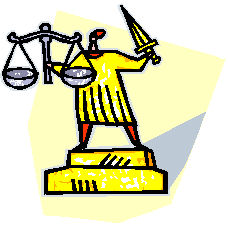 Condominiums in Florida are created pursuant to Florida Statute 718, and they are governed by the Association's Condominium Documents.

Specific information is provided below for amendments regarding: Association Websites, Estoppel Certificates, and Fire Sprinkler requirements. Recent changes to Emotional Support Animal laws and Assessment Notices & Collections changes are covered on the "News" page of this website.

Here's the order of document precedence. FL Statutes overrule all other documents unless they specifically say "unless defined in the association's Declaration".

75% To amend the Declaration of Condominium.

80% To amend the Association’s Bylaws.

Majority of Board Members To amend the Rules & Regulations.

There are two Bylaw changes that should be considered.  They would align the Association with Florida Statute default values for Bylaw approvals and Annual financial reporting deadlines. The proposed changes below would apply to the common set of association bylaws and would require approval by 288 (80%) affirmative votes of the entire membership.

The document available via the link below shows the specific changes to the Association's Declaration and Bylaws text required to enact the proposed amendments shown above.  The full text of the current language is shown with underlining of inserted words and strikethrough of deleted words. (Note that this document does not include changes for the latest 10.4 Declaration amendments.)

1. By January 1, 2019, an association managing a condominium with 150 or more units shall post digital copies of the documents specified in subparagraph 2 (see below) on its website.

2. A current copy of the following documents must be posted in digital format on the association’s website:

The amendments also outline the information that must be included on estoppel certificates. This information is provided via this website’s FL Statute 718 Legislative Changes 2017 Link.

Chapter 718 – Condominiums (The Condominium Act) – Members own their unit and an undivided share in the common elements.

Chapter 719 – Co-Ops – Association owns all property (everything) and members have an ownership interest (i.e. a lease to use unit/property.

Chapter 720 – Homeowners Associations – Members own their homes and the association owns common property.

Chapter 721 – Timeshares – Members own a portion of their unit (i.e. for a time period less than a full year).

The first five proposed changes below would apply to all eight declarations and would require approval by 270 (75%) affirmative votes of the entire membership. The last two changes, rental terms and transfer fees, would apply to specific associations, requiring 75% affirmative vote of owners of the particular Association (102 votes for JB East and 24 votes for all others).

1. Bocce Ball Court – Owners have already approved a change to all eight declarations to include a bocce ball court in the Commonly Used Facilities section of the declarations. This change also needs to be made in the Recreational Facilities section, and both changes need to be recorded in Palm Beach County.

3. Consent to Action – Although the “Consent to Action” process appears to be an acceptable means of amending an association’s governing documents according to the Florida Not-for-profit Corporations Statute, it is not included in the Amendment Resolution section of our declarations. I believe that it needs to be explicitly included.

4. Defense of Foreclosure – Because the Association’s declarations had no provision for us to charge attorney fees to the owner of a unit in foreclosure who was current in her quarterly assessments, we were ordered (via mediation) to pay the owner $20,287 in legal fees and $10,750 in settlement fees. Had this provision been contained in article 7 (Assessments) of our declarations, the Association would have saved considerable money. This provision needs to be added to all eight declarations.

5. Pet Control – The section of our declarations containing use restrictions regarding pets (Section 10.4) needs to limit the number of domestic household pets allowed and to exclude the weight limit restriction for service and emotional support animals.

6. Rental Terms – Seven of the eight association declarations, the exception being West C, place no restrictions on rentals. This leads to a more transient population and increases the Association’s insurance costs. I propose that we give the seven other associations opportunity to vote on a set of restrictions like those in the West C Declaration.

7. Transfer Fees – The West C Association charges a $100 transfer fee for the sale of a unit and a $75 processing fee for the lease of a unit. The Association expends considerable time and resources processing leases, issuing parking passes, and responding to tenant questions/issues. Consequently, many or most owners support this fee. However, there is the concern that a transfer fee implies the Association’s ability to approve or deny lease applications based on rule violations, owner delinquencies, background checks, etc. Regardless, I believe that it is important that all declarations require this fee to offset costs and provide additional income from sources other than owner assessments. I propose that we utilize language similar to the West C declaration for this amendment.

By: Ryan Poliakoff The Condo Consultant

Over the past month, significant confusion has developed concerning whether low- and mid-rise condominium buildings (those not greater than 75 feet tall) must comply with Florida laws that require high-rise condominiums without certain types of fire safety systems to either retrofit their properties to include these systems, or opt out by a unit-owner vote.

The Florida Fire Prevention Code provides that all high-rise buildings, defined as those greater than 75 feet tall, shall be protected by an approved, supervised automatic fire sprinkler system, to be installed not later than Dec. 31, 2019. There are exceptions for certain buildings, including those that have an approved engineered life safety system (such as a partial sprinkler system along with compartmentalization, smoke detection and control, and other similar systems).

The Condominium Act has, for many years, provided that the members of an association may, by majority vote, opt out of this requirement. The statute (Section 718.112) says that, by “Dec. 31, 2016, a residential condominium association that is not in compliance with the requirements for a fire sprinkler system and has not voted to forgo retrofitting of such a system” must become compliant by the 2019 deadline. That seems simple enough. (Note that in 2019 the FL legislature extended the deadline to January 1, 2024)

The problem is that, at one point, the statute expressly referred to high-rise condominiums, and that language was removed. The Florida Department of Business and Professional Regulation has recently taken the position that the removal of the “high rise” language effectively applied the Fire Prevention Code sprinkler requirements to all condominiums, regardless of height. This has caused a panic among low-rise condominium properties, which had never considered they might be obligated to retrofit their properties. A minority of association attorneys have agreed with the DBPR, and are advising their low-rise clients that they should conduct opt-out votes so they are not subject to the sprinkler requirements.

The Florida Fire Sprinkler Association Inc. and the American Fire Sprinkler Association’s Florida chapter have recently released a statement that strongly disagrees with the DBPR’s interpretation of the law. They point out that no state sprinkler retrofit requirement for mid-and low-rise condominiums exists, anywhere. The only state code requirement, by its own definition, relates exclusively to high-rise properties.

No other state law or statute, including the Condo Act, contains any sprinkler retrofit requirement. The Condo Act simply says that — notwithstanding any code, statute, ordinance, administrative rule or regulation — an association is not obligated to retrofit the common elements with a fire sprinkler system, if the members have voted to forgo that requirement. Importantly, it does not say the converse — that, absent an opt-out vote, a condominium must install a sprinkler system. That requirement is only found in the Fire Prevention Code, and the Fire Prevention Code only applies to high-rise buildings. Further, it makes sense that the high-rise language was removed from the Act. The opt-out provision in the Condo Act can be used not only to opt out of state laws, but also to opt out of local codes and ordinances.

While the state law has no mid- or low-rise sprinkler requirement, it is conceivable that a local code somewhere in Florida does require low-rise buildings to install full sprinkler systems — and if so, the statutory procedure can arguably be used to opt out of that requirement, as well. I am not aware of any such codes, but I do suggest that even low-rise condominiums check with their local fire marshal to ensure that no such requirement exists. Absent that, however, and accepting you can never predict how any individual judge interprets a law, it seems highly unlikely the language of the Condominium Act, by itself, could be interpreted to require low- or mid-rise condominiums to install sprinklers or fire safety systems.

Keep in mind, the position of the FFSA and the AFSA is against the interest of all fire sprinkler installers. Their members could make millions by supporting the DBPR interpretation of the Condominium Act. They are, to their credit, instead stating the most logical conclusion — that you can’t create a legal requirement that doesn’t exist by removing language from a statute that didn’t control the issue in the first place.

Ryan Poliakoff is a co-author of “New Neighborhoods - The Consumer’s Guide to Condominium, Co-Op and HOA Living” and a partner at Backer Aboud Poliakoff & Foelster, LLP.